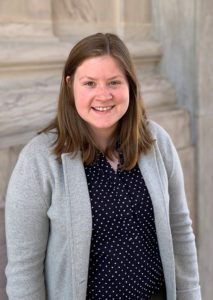 Brianne returns to Towards Justice after a clerkship with Justice William W. Hood, III, on the Colorado Supreme Court.  At Towards Justice, her work focuses on impact litigation.

Prior to her clerkship, Brianne attended Harvard Law School, where she graduated after performing over 1,000 hours of pro bono service.  She was the Managing Editor of the Harvard Journal of Law & Gender and an executive board member of Project No One Leaves, a student-practice organization dedicated to increasing housing stability in the Greater Boston Area.  She was also a fellow for the Harvard Criminal Justice Policy Program, where her work focused on bail reform. During her law school summers, Brianne interned in the State Services section of the Colorado Attorney General’s Office and at Towards Justice.

Prior to law school, Brianne graduated from St. Olaf College, where she studied mathematics and family studies.