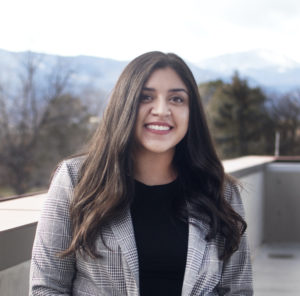 Jessica Ramos grew up in Oklahoma City, Oklahoma. She graduated from Colorado College in May of 2020 with a degree in Psychology and a minor in Luso-Brazilian Studies. As a first-generation student and coming from a Mexican immigrant family, she served various mentor roles on campus and became involved with immigration work by working with various local organizations in the community such as Casa de Paz.

Jessica brings a background in immigration work that began with Southern Poverty Law Center. She conducted Spanish-English interpretation and translation work while she was there along with bond fundraising efforts for people detained in Louisiana. She later would work for Mijente where she would do research for the No Tech for ICE campaign. She would assist in digital organizing efforts around exposing tech companies that collaborate with ICE. She is committed to social justice and is excited to continue that work with Towards Justice.